If there’s an opportunity to learn from Australia’s top female leaders who demonstrate credibility, expertise and integrity when it comes to leadership, then big businesses ought to be there. I was grateful I had the opportunity to moderate two panels at the 4th Women In Leadership Summit held last December in Sydney, designed for experienced women leaders and aspiring “next generation” leaders who want to advance their career and learn from successful leaders. The collective brain-trust of these women, as well as a few outstanding male leaders, was incredible.

We discussed and challenged traditional and current work practices to lead change and help smart, skilled and savvy women, who have what it takes, rise to the top so they can make a positive impact on business as well as its people. These speakers ranged from esteemed directors, C-Suite executives and senior managers from both profit and non-profit sectors. Although mostly women, several male champions of change in support of women leaders were invited to share their insights and experience when it comes to greater diversity and gender representation at senior level. It was agreed that knowledge alone about these issues isn’t enough. As Peter Gooding, Director of People and Future at AON shared: “Knowledge doesn’t change behaviour, behaviour changes behaviour” and this change needs to start from top – at CEO and executive level.

There are many incredible male leaders who are ready to challenge the status quo and clear the way for women to sit on boards, run companies, and give them the chance to express their ideas, apply skills to innovate, create change, implement and impact. But before we can see this happen so that it becomes the norm,  corporations need to be willing to embrace change and step out of their comfort zone.  These male leaders needs support and the green light from across board.

Tony Stuart, a CEO at UNICEF, whose team is made up mostly of women running UNICEF offices all over the world, says “we ought to be past this as a society”. Reality is that we have a long way to go before gender and diversity cease to exist as seperate divisions within organisations.  Many would agree with this and want to see change happen but when it comes to implementing changes there’s a big gap. In Norway, on the other hand, a failure to have at least 40 per cent of female company board members leads to the company being delisted (Source). So it’s clear that the first step is mandating quotas, but is that enough?

What else can be done to ensure that businesses are on the right track when it comes to gender equality?

Several ideas were shared  throughout the summit, some of which were already being implemented by some companies. Here are seven of those:

One thing was clear at The Women in Leadership Summit: Australian organisations have a long road ahead when it comes to gender equality. Small but significant steps can be taken now. Corporations have a responsibility to their community as well as the younger generation  to implement change now.  They need to be willing to take bigger and bolder risks, break tradition, and collaborate with other organisations who hold similar values, to pave way for change. I leave you with the remarks of Lynelle Hales “It’s not a failure, it’s a journey”. Every risk we take, becomes a journey, and in the journey lie the opportunities if we are willing to keep moving forward by adapting to change.

Be Present, Be In Your Power, Be On Purpose 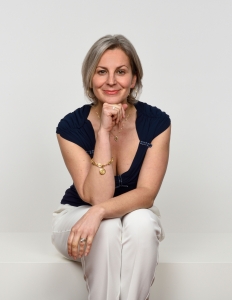 BE PRESENT
BE IN YOUR POWER
BE ON PURPOSE

My passion is empowering women to live a purposeful and meaningful life, free from stress, grief and trauma

Get in touch
The Power of Rituals: 6 Reasons Why You Need To Do Them